Feed Title: Japan Through the Eyes of Others Pool

TudioJepegii has added a photo to the pool:

Painter, Francis Bacon (28 October 1909 – 28 April 1992) was an Irish-born British[1] figurative painter known for his raw, unsettling imagery. Focusing on the human form, his subjects included crucifixions, portraits of popes, self-portraits, and portraits of close friends, with abstracted figures sometimes isolated in geometrical structures. Rejecting various classifications of his work, Bacon said he strove to render "the brutality of fact." He built up a reputation as one of the giants of contemporary art with his unique style.

Bacon said that he saw images "in series", and his work, which numbers c. 590 extant paintings along with many others he destroyed, typically focused on a single subject for sustained periods, often in triptych or diptych formats. His output can be broadly described as sequences or variations on single motifs; including the 1930s Picasso-influenced bio-morphs and Furies, the 1940s male heads isolated in rooms or geometric structures, the 1950s "screaming popes," the mid-to-late 1950s animals and lone figures, the early 1960s crucifixions, the mid-to-late 1960s portraits of friends, the 1970s self-portraits, and the cooler, more technical 1980s paintings.

Bacon did not begin to paint until his late twenties, having drifted in the late 1920s and early 1930s as an interior decorator, bon vivant and gambler. He said that his artistic career was delayed because he spent too long looking for subject matter that could sustain his interest. His breakthrough came with the 1944 triptych Three Studies for Figures at the Base of a Crucifixion, which sealed his reputation as a uniquely bleak chronicler of the human condition. From the mid-1960s he mainly produced portraits of friends and drinking companions, either as single, diptych or triptych panels. Following the suicide of his lover George Dyer in 1971 (memorialised in his Black Triptychs, and a number of posthumous portraits) his art became more sombre, inward-looking and preoccupied with the passage of time and death. The climax of his later period is marked the masterpieces Study for Self-Portrait (1982) and Study for a Self-Portrait—Triptych, 1985–86.

Despite his existentialist and bleak outlook, Bacon was charismatic, articulate and well-read. A bon vivant, he spent his middle age eating, drinking and gambling in London's Soho with like-minded friends including Lucian Freud (although they fell out in the mid-1970s, for reasons neither ever explained), John Deakin, Muriel Belcher, Henrietta Moraes, Daniel Farson, Tom Baker and Jeffrey Bernard. After Dyer's suicide he largely distanced himself from this circle, and while still socially active and his passion for gambling and drinking continued, he settled into a platonic and somewhat fatherly relationship with his eventual heir, John Edwards.

Since his death, Bacon's reputation has grown steadily, and his work is among the most acclaimed, expensive and sought-after on the art market. In the late 1990s a number of major works, previously assumed destroyed, including early 1950s pope paintings and 1960s portraits, re-emerged to set record prices at auction. 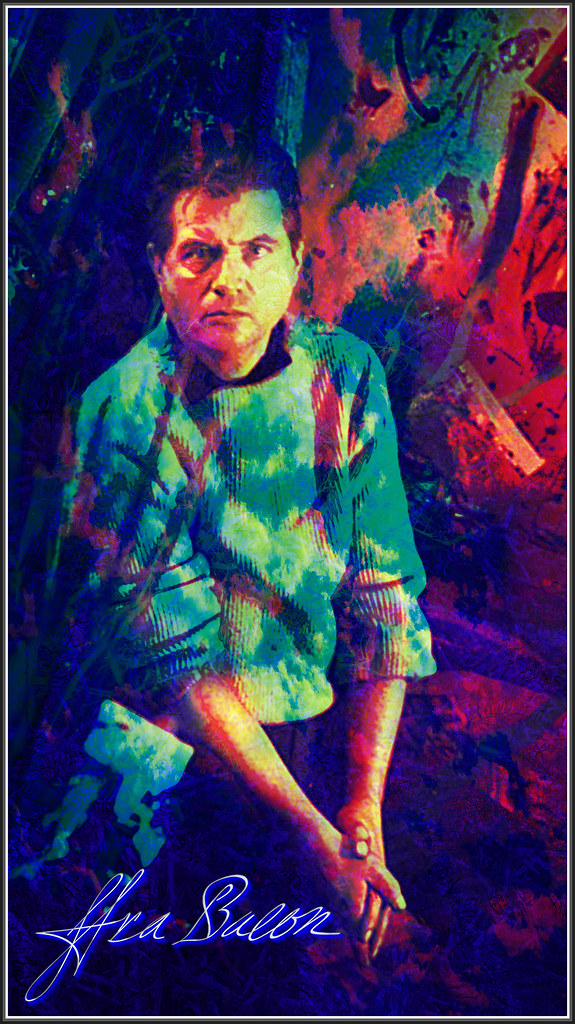